At school and when we are young we are taught about periods but nobody thought to teach us about ovulation! Knowing when you are ovulating and are potentially fertile is important for both conception but also for contraception. So many women ask the question “How do I know when I am ovulating” so at Seed we put together these tips below so you can learn to pinpoint and detect ovulation. Period tracking apps such as the Seed APP will predict ovulation and the fertile window and are really useful if you have a regular cycle. It is important to remember that each woman and each cycle is different so it’s also good to understand ovulation for yourself as the timing may change from cycle to cycle.

Most women will ovulate around 14 days before their next period is due. This is obviously much easier to calculate for those with a regular cycle and much harder to calculate for those with an irregular cycle. Some women will have what is called a luteal phase defect which means that the time from ovulation to the next period is much shorter than 14 days. This isn’t too common but can interfere with conception so is worth being aware of if you have been trying to conceive for some time and assuming you are ovulating at a certain time.

The most common methods of ovulation detection are described below, including:

After your period you will notice that there is not much mucus but that it is sticky and infertile. After this most women will experience a thick white mucus (which looks like moisturizing cream) and which some women will notice in their underpants. This type of mucus is also an infertile type of mucus as it is too thick and sticky and sperm can’t swim through it.

After this, the mucus will become more wet, clear and watery. This is when you are becoming potentially fertile (for conception and contraception purposes). After a couple of days of this thinner, wetter mucus you may notice a stretchy type of mucus with an egg-white consistency which is your peak ovulation type of mucus. Don’t worry of you don’t see the stretchy mucus as you may easily miss it.

Charting your basal body temperature can help to pinpoint ovulation and also gives information about what your hormones might be doing at different times of your cycle. Taking your basal body temperature requires you to take your temperature (ideally with a mercury thermometer designed for ovulation testing) as soon as you wake up. This method relies on taking your temperature when it is at rest and has had at least 4 hours of (ideally) uninterrupted sleep. Your temperature must be taken at the same time each morning before you get up, roll over or start chatting, making this quite difficult for people with small children!

Starting on day 1 of your cycle, chart your temperature on a temperature chart (try downloading one from here) and you should notice that the temperatures start around 34.4 and then should dip down before rising to temperatures of around 34.7. The day that your temperatures dip before they rise is usually when you have ovulated. To know you have ovulated, you must have recorded 3 consecutive temperatures that are at least 0.02 degrees higher than the previous six readings. This method is great for letting you know that you have already ovulated but doesn’t predict in advance when ovulation will occur, making it less useful for timing conception or contraception.

Testing your progesterone levels with a blood test is one of the most definitive ways to assess if you are ovulating. Progesterone levels should be peaking one week ovulation (which is usually also one week before your period is due). This is easy to pinpoint if you have a regular cycle but less easy if your cycle is irregular. This test is always called the Day 21 progesterone test but is actually only done on Day 21 if you have a 28 day cycle. To calculate when to do your “Day 21” progesterone test, count back 7 days from when your period is due and test then. For example, if you have a regular 33 day cycle, you would test progesterone on day 26. A test result of over 5 nmol/L indicates that you did ovulate but the level would ideally be over 30 nmol/L.

Ovulation predictor kits test urine to help to identify when a woman is fertile by detecting a surge in luteinizing hormone (LH), which usually occurs 12-48 hours, but most commonly 36 hours, before ovulation. Urine should be tested daily leading up to ovulation until a surge is detected. The LH surge is best detected in the afternoon around 2pm and urine should be tested at the same time each day. Conception attempts should be regular on the day of the LH surge and the two days following. Some women, particularly those with polycystic ovarian syndrome (PCOS), a positive LH surge may be consistently detected throughout the cycle due to elevated LH. If you are not finding the OPK’s clear and helpful after two months, try another method of ovulation detection as an unclear OPK result does not necessarily mean you are not ovulating. 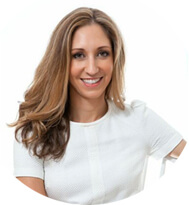